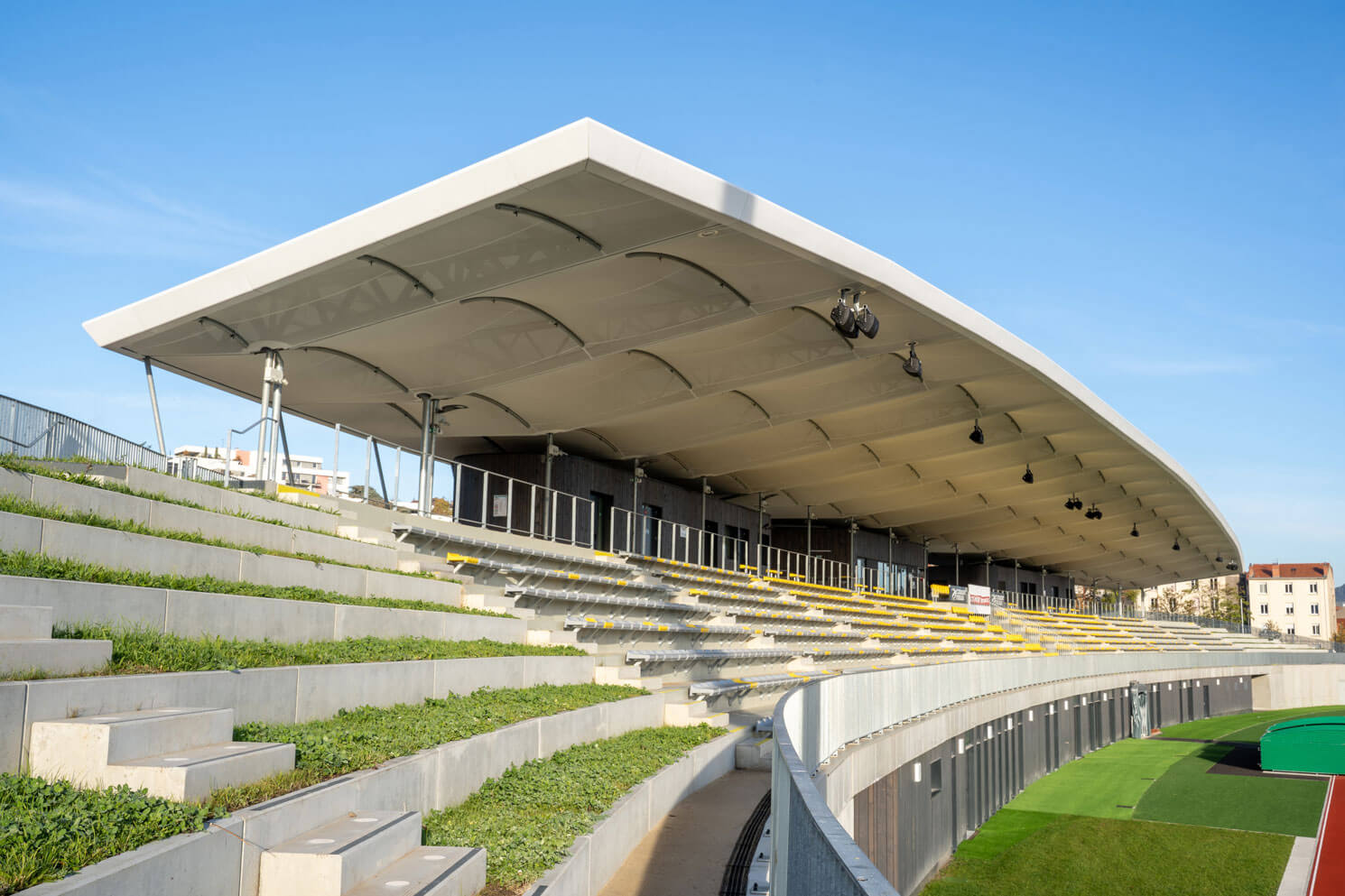 In the previous article, “How Covered Tennis courts are installed”, we elaborate on the step-by-step process of its construction and how well-known the Tennis sport is in the Philippines. Now, we will focus more on giving you a knowledge on how to construct a grandstand. As we all know, grandstands are very helpful to accommodate audiences and give them the convenience of watching the game in a better position. Here are some of the important notes to remember in Grandstand Construction.

1.     On engineered wood or combined steel and timber frames, use textile membranes to give our stands a delicate and elegant design while providing the highest weather protection.

2.     Depending on the architectural aim or the intended integration and use of the areas beneath the seating, the seating structures may be made of precast concrete, steel, wood, or a combination of materials.

3.     To ensure that spectators have excellent views from every seat within the stands, take great care to ensure the sightlines when designing their frames and seating.

Here are some of the best grandstands in the Philippines

The Quirino Grandstand, formerly known as the Independence Grandstand, is a grandstand located at Rizal Park, Manila, Philippines. It can occupy up to 10,000 people.

Dinagyang Grandstand was constructed in January 2019. It has an almost 2,000-seat capacity. The City Government of Iloilo spent P45-million for the construction. 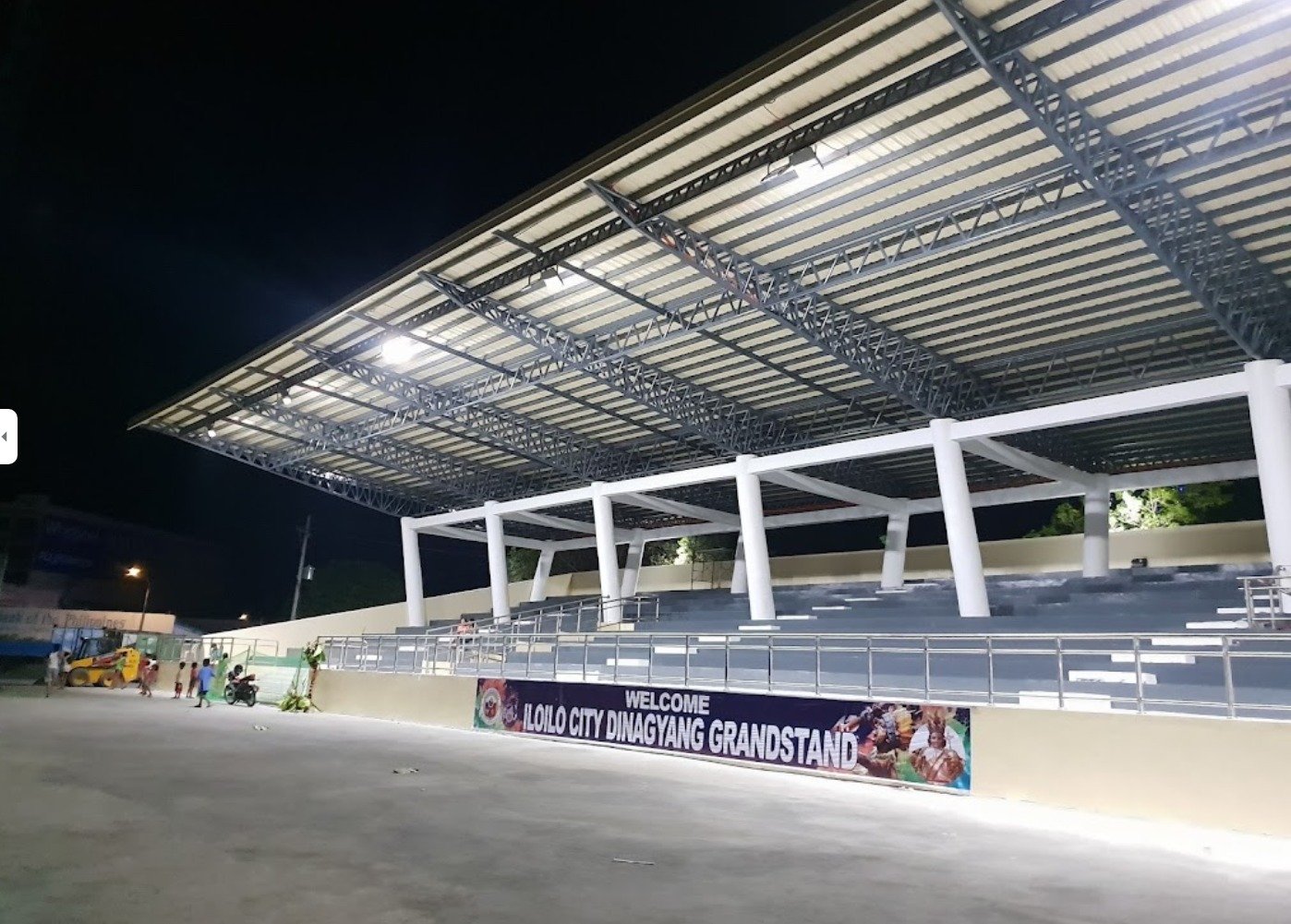 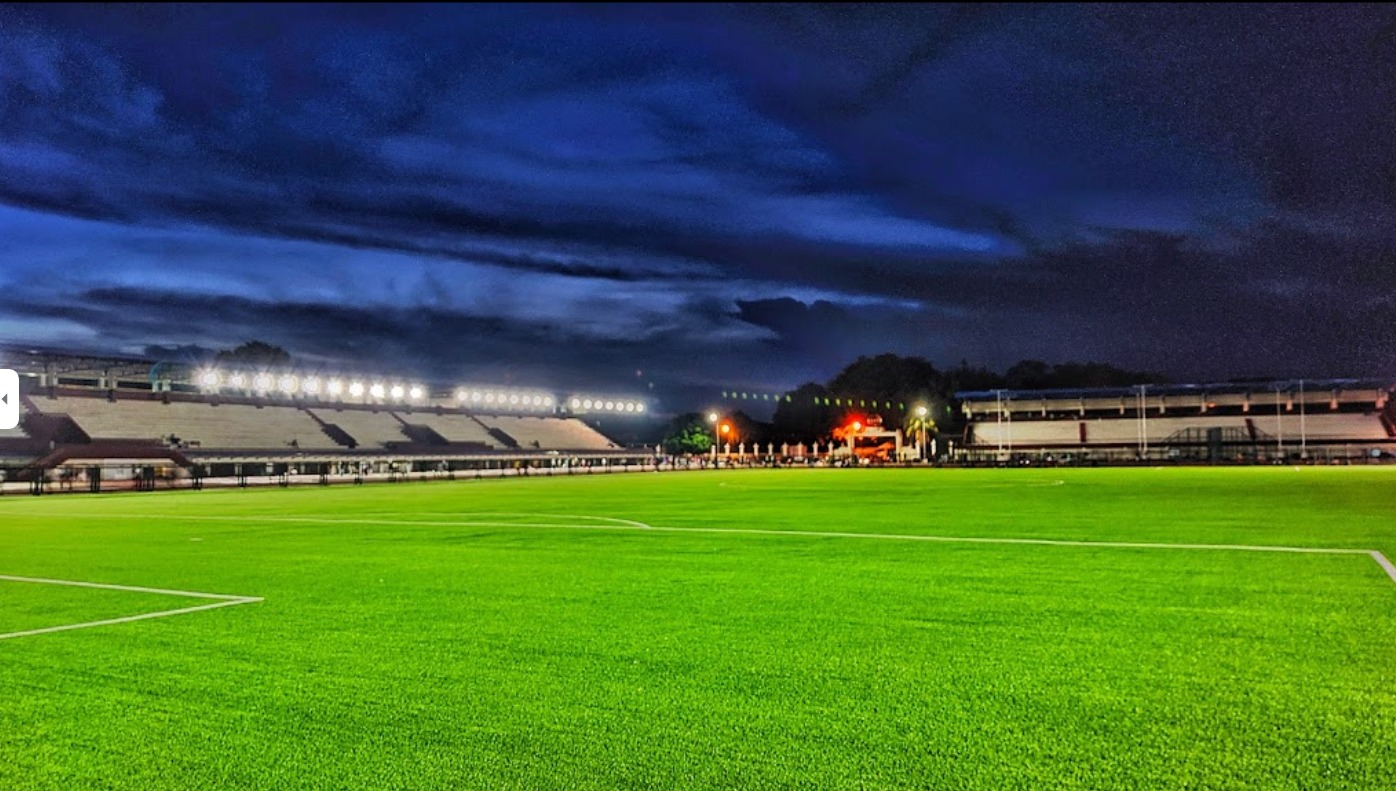 The construction cost of the stadium amounted to ₱8 billion and is the host of the 2019 Palarong Pambansa. The capacity of the main stadium is said to be 30,000. 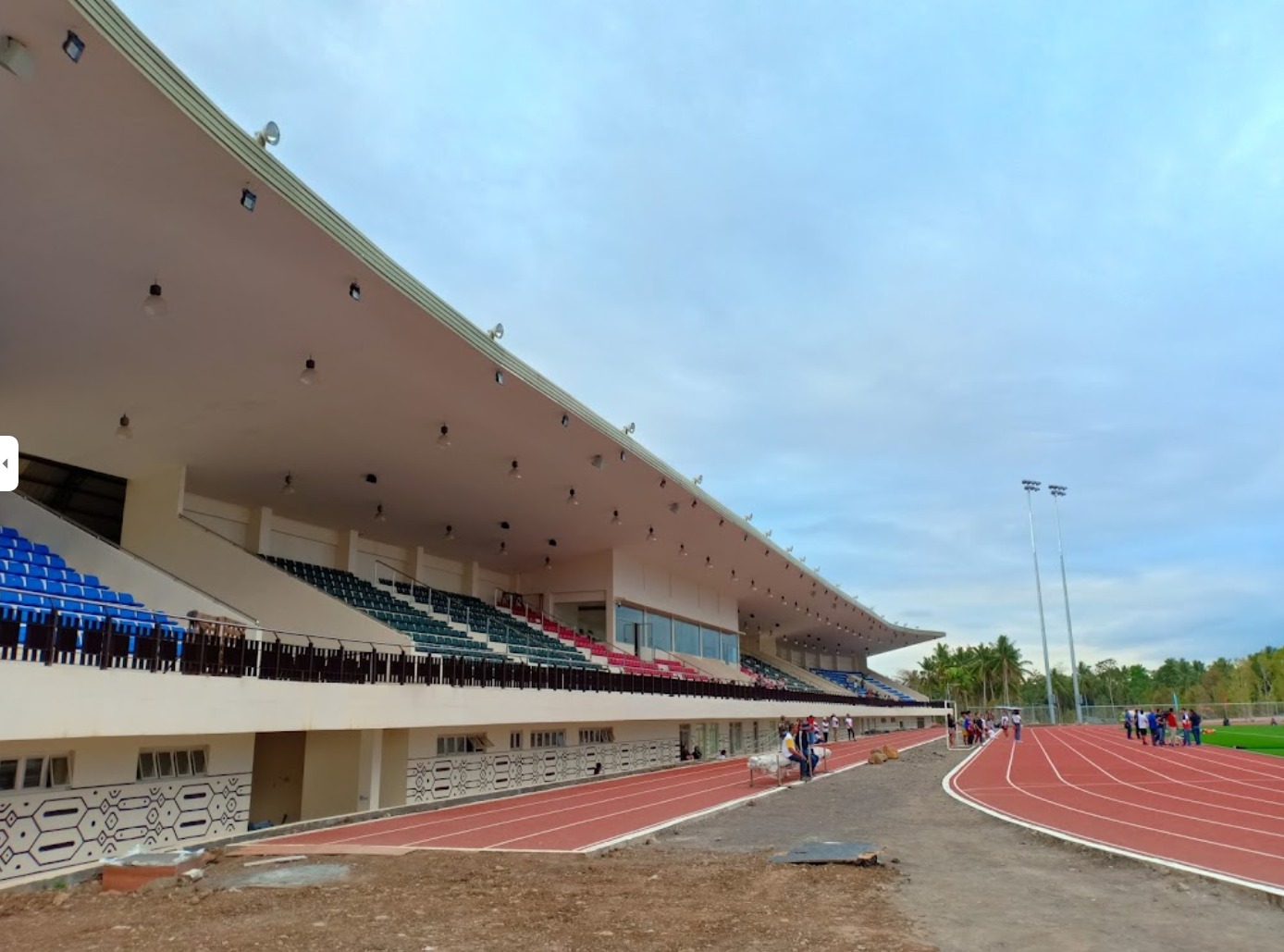 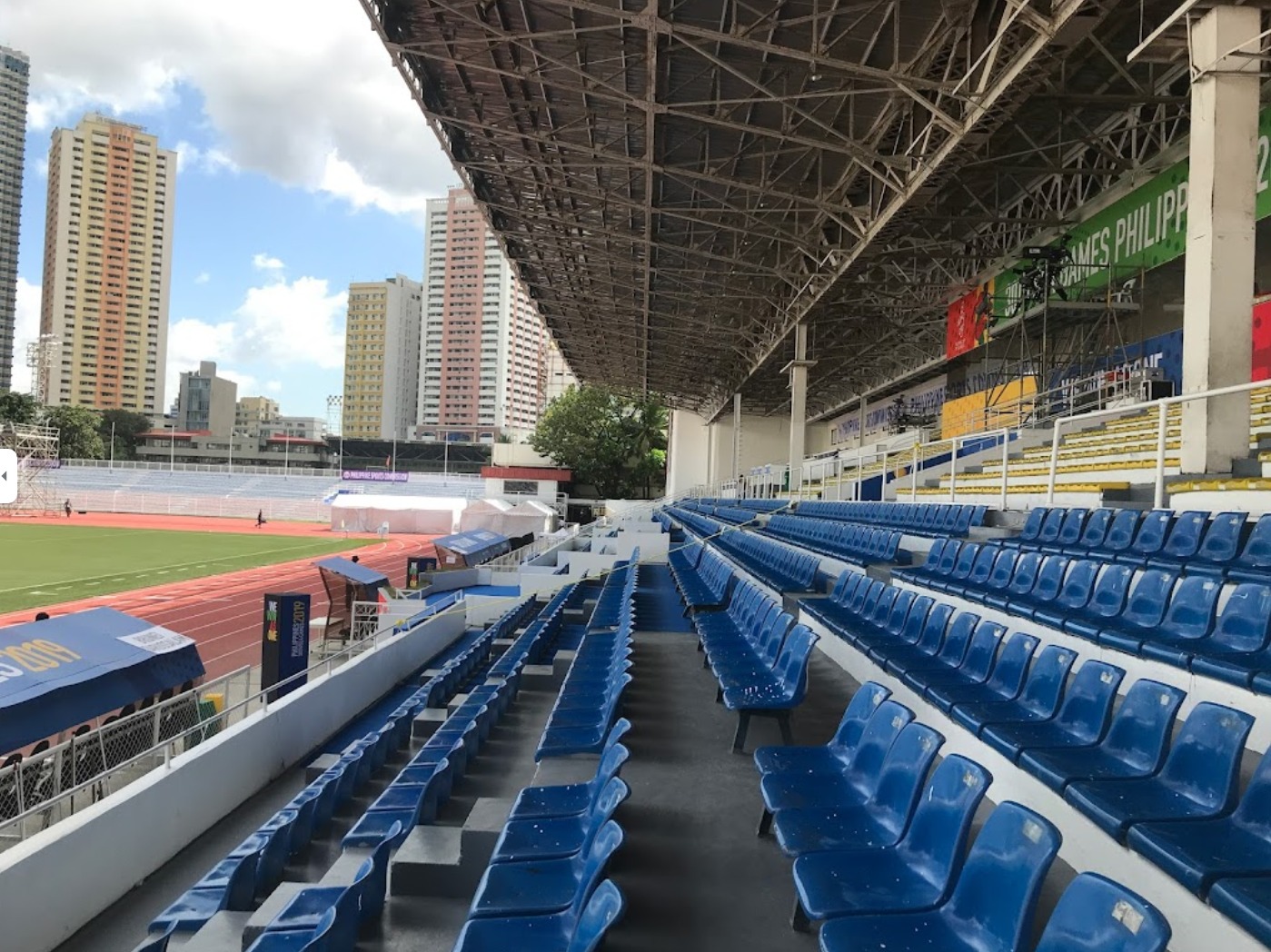 Outdoor tennis court is popular specially in matches or competitions worldwide. But of course who would’ve say no to playing tennis indoor? Here are the famous tennis courts around the world and in the Philippines.

Ava and John Jacob Astor IV hired the renowned American company McKim, Mead & White in 1902 to build a special sporting pavilion at Rhinebeck, New York, for the benefit of the affluent family. In addition to squash courts, a bowling alley, a shooting range, and what may be the nation's first indoor residential swimming pool, the facility has both indoor and outdoor tennis courts. There are two objects in the image above: a piece of art by American artist Asad Raza, and a tennis court that is actually in use. The composition, "untitled (plot for conversation)," was motivated by Raza's passion for the game. The architectural firm CLS Architectti converted the church into its headquarters in 2015, and this was one of numerous rotating art exhibits that it hosted. One of the most beautiful tennis courts in the world is located on the top level of a seven-story Art Deco structure built in 1924. R., a French architect, created the. A terrace with stunning views of the Eiffel Tower is part of the facilities at Farradèche, which are located on the border of the 7th and 15th arrondissements. This indoor tennis facility was built to provide players with the best possible acoustic, thermal, and luminous comfort, as the stretched canvas lets natural light into the building. 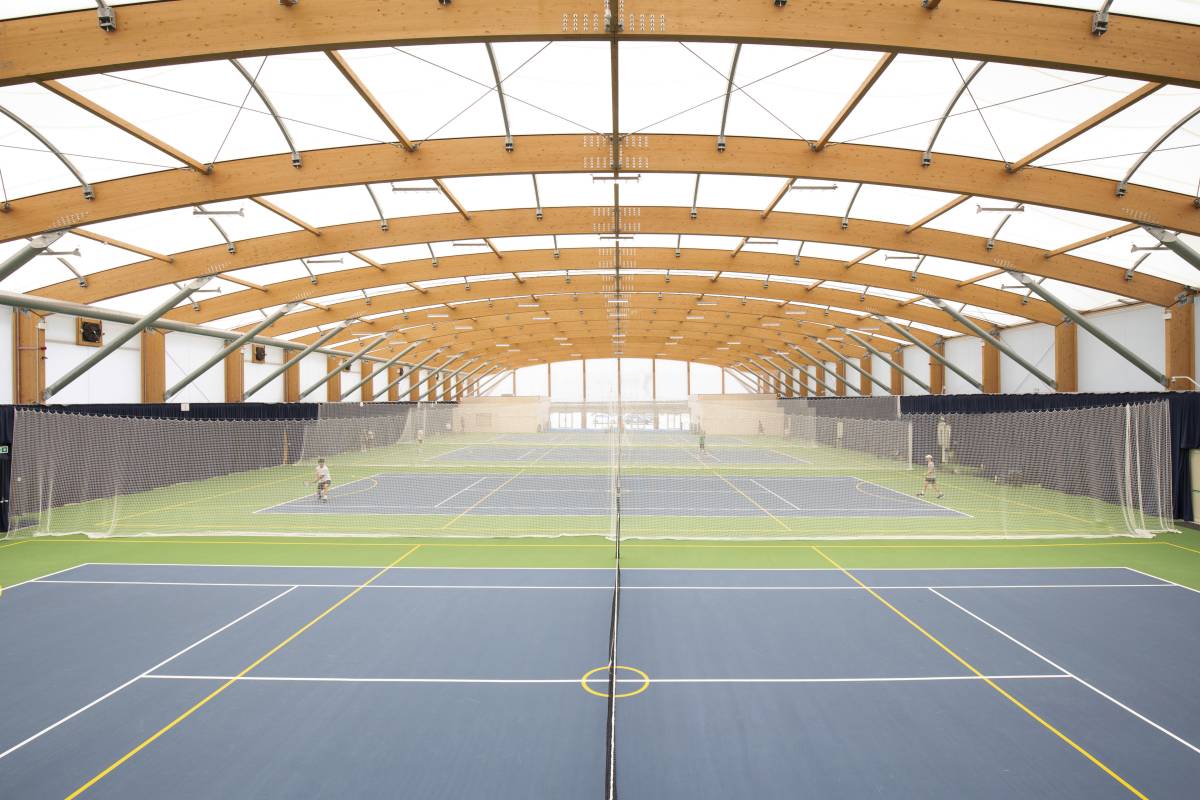 Auckland's tennis scene is centered at the Scarbro Tennis Centre, which welcomes amateur to professional players.

It's little wonder "Scarbro" is a legendary location in the New Zealand tennis scene with its 6 indoor hardcourts, 15 outdoor hardcourts, and 2 all-weather Astroturf courts, as well as its roomy changing facilities, many viewing spaces, cozy lounge, and plenty of parking. 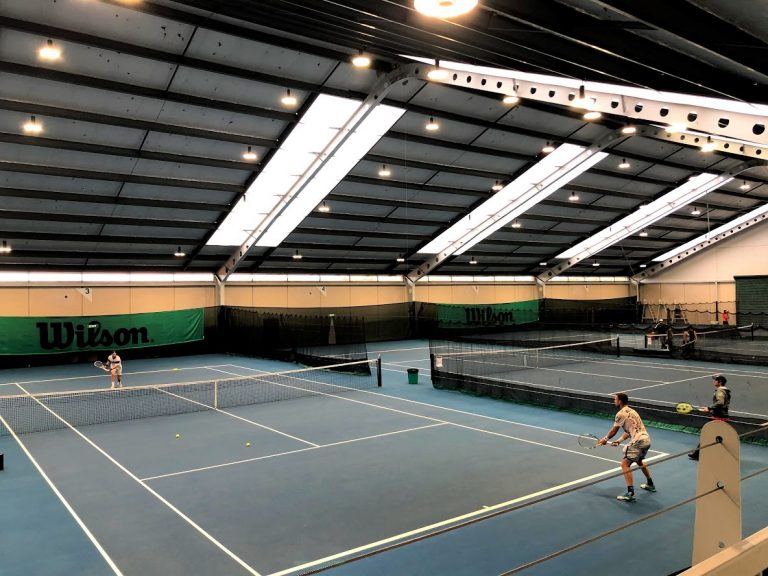 Makati Sports Club is a world-class resort situated in the heart of the country’s premier and renowned business district. 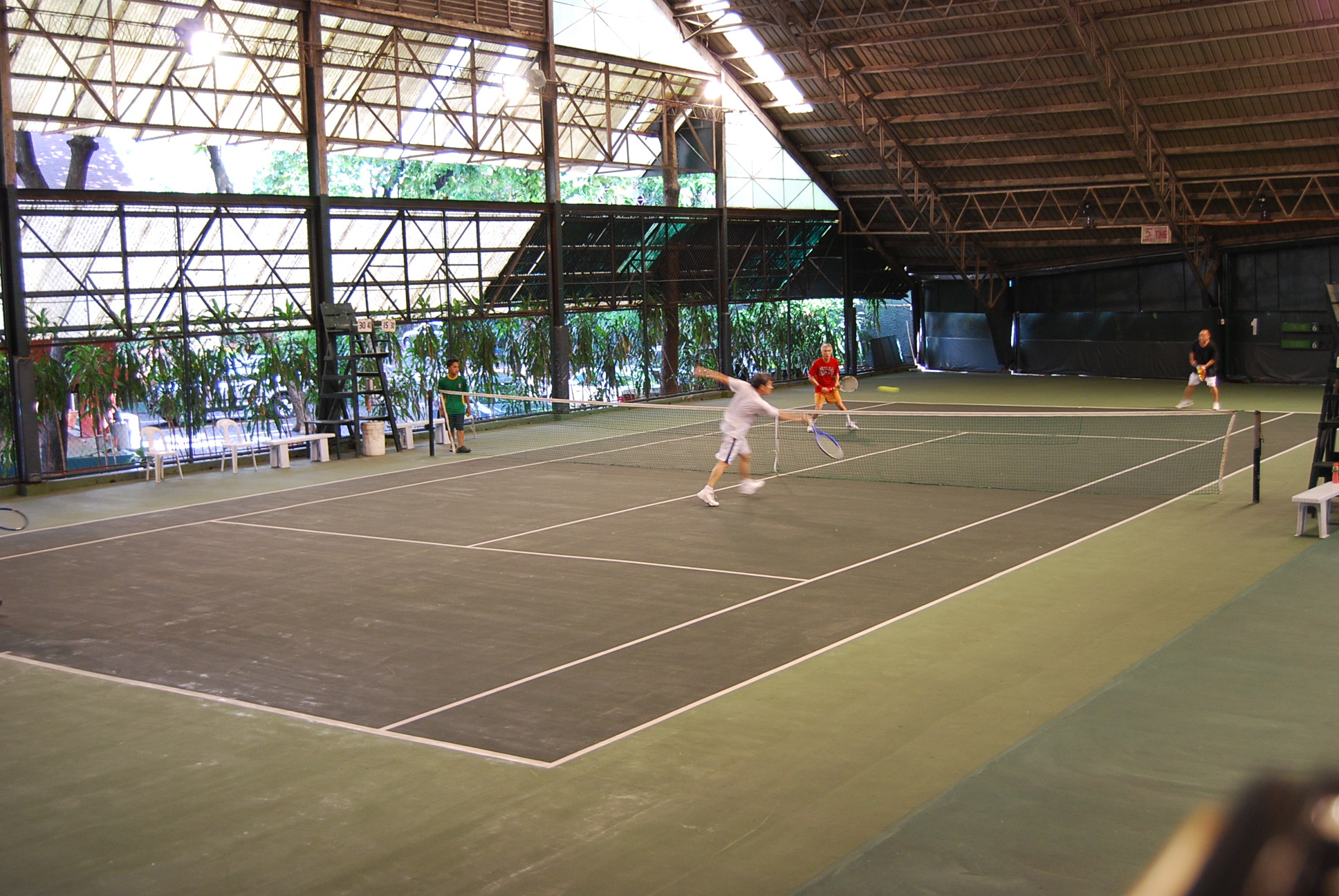 Metro Manila's very own urban paradise is the Rockwell Leisure Club. One of Makati's finest social, recreational, and sporting hubs is The Rockwell Club, which is situated at the center of the Rockwell Community. The Club, which boasts a variety of amenities, perfectly exemplifies what it means to have a leisurely lifestyle. It has three cutting-edge gyms and a pool of the highest caliber all under one membership. 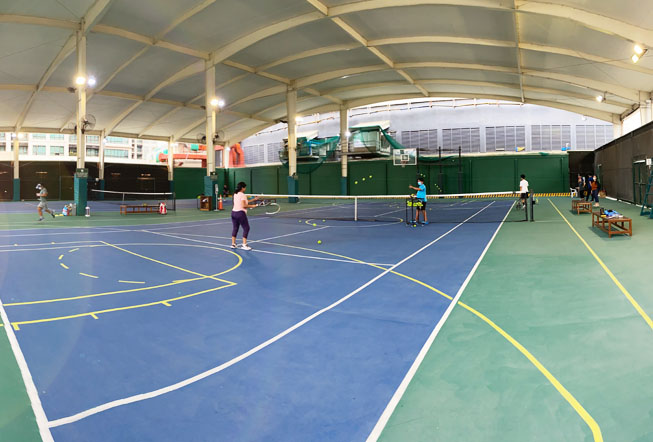 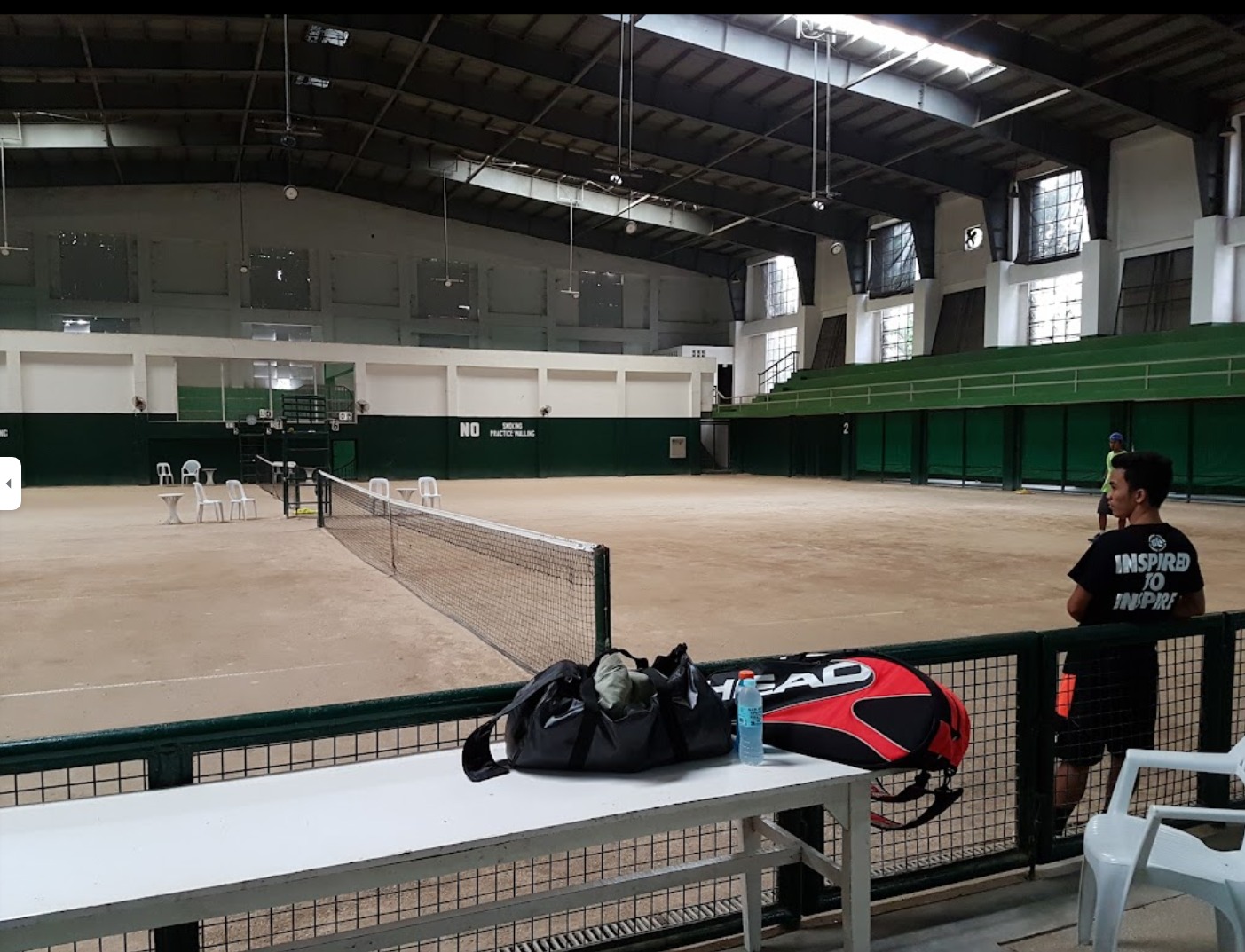 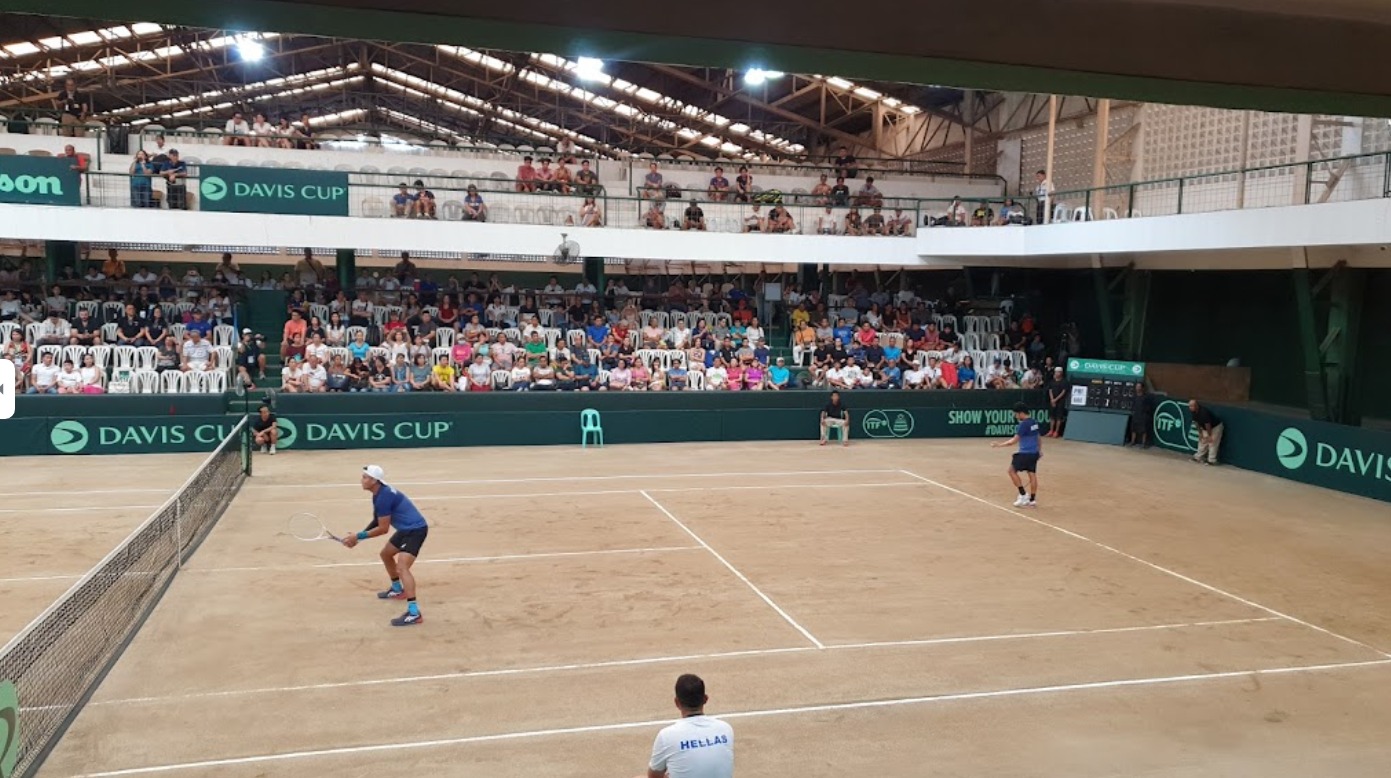 Colegio San Agustín – Makati (abbreviated as CSA or CSA-Makati) is a private, co-educational Catholic school conducted by the Order of Saint Augustine. 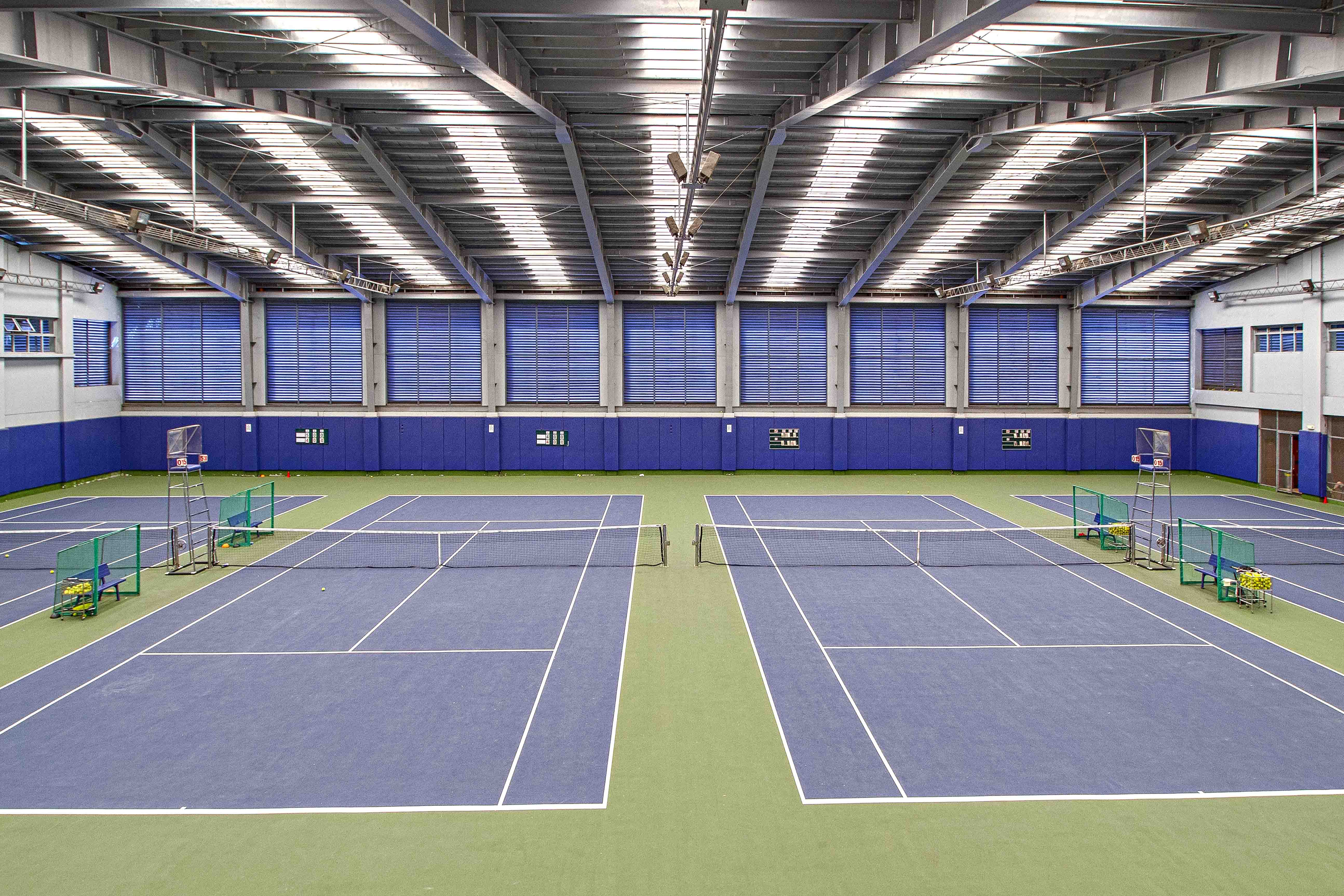