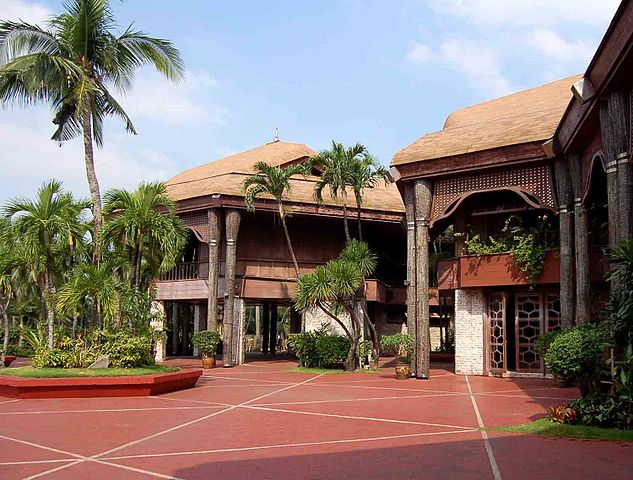 The Coconut Palace, or otherwise known as Tahanang Pilipino, is the official residence of the vice president of the Philippines. It is located at the heart of the Cultural Center of the Philippines. First Lady Imelda Marcos ordered the construction of the palace. It got its name because it used mostly coconut lumber and other parts of the coconut tree for its construction. 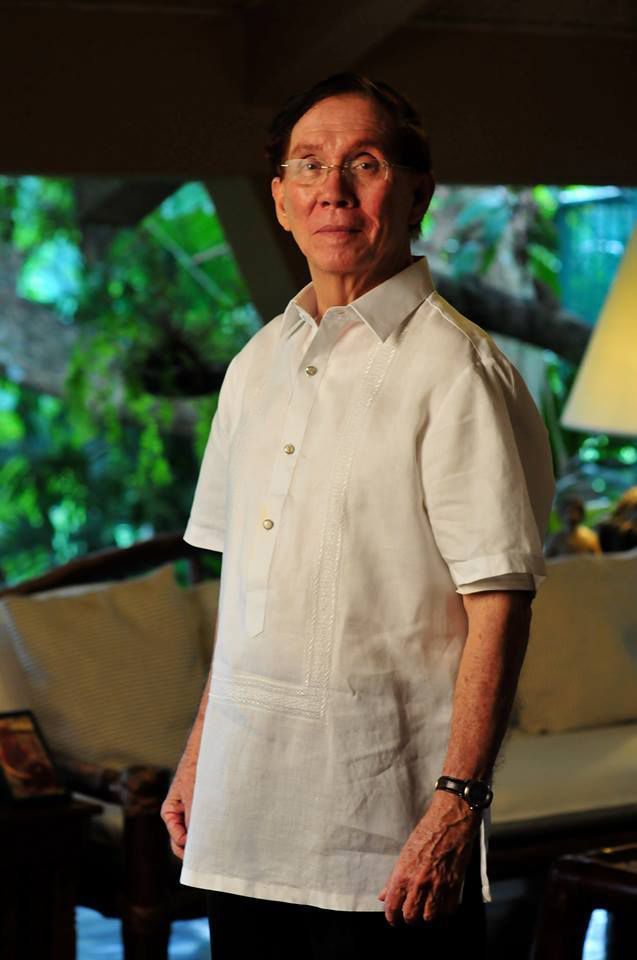 The person behind this is Architect Francisco "Bobby" Manosa, and he is known for incorporating Filipino designs in his works. Architect Bobby Manosa For the palace, coconut trunks were used for the columns and coconut wood shingles are for the roof. At least 70% of the whole structure is made out of a coconut.

The Floor Plan of Coconut Palace

Layout of the Coconut Palace:

While the downstairs is a large state dining room and Ferdinand Marcos’s library, the upstairs are seven lavish guestrooms, each in the style of one of the regions of the Philippines:

1. Zamboanga Room – the first room which said to be George Hamilton’s favorite 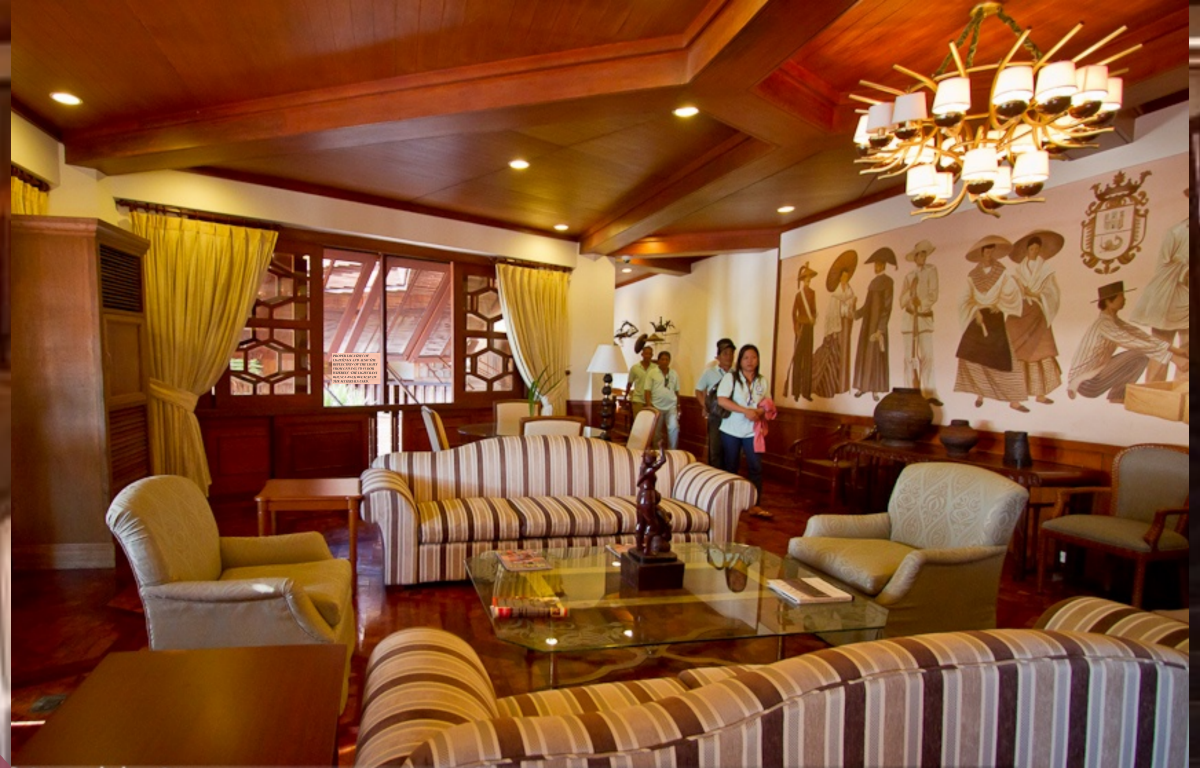 The Living Room - Photo by: https://prezi.com/75bdtfbyosai/coconut-palace

The chandelier made of 101 coconut shells in Coconut Palace Lobby interior - Photo by: http://www.manosa.com/~manosa

Other native Filipino materials used apart from the coconut are banana fiber (known in Tagalog as jusi fiber) and pineapple fiber (Tagalog, pina fiber) (these materials being used for the sheets and bedspreads in the guestrooms), and Philippine hardwoods such as narra (a dark purple-brown colored, termite-resistant wood that is widely used to build staircases and tables).

Before officially becoming the residence of the vice president of the country, it used to be a guest house for famous people like Brooke Shields and George Hamilton. It was also featured in some TV shows like Amazing Race and Tanging Yaman. There were also wedding parties held in the palace. In 2011, it was handed to Jejomar Binay as his official office and residence as the Vice President of the Republic of the Philippines. 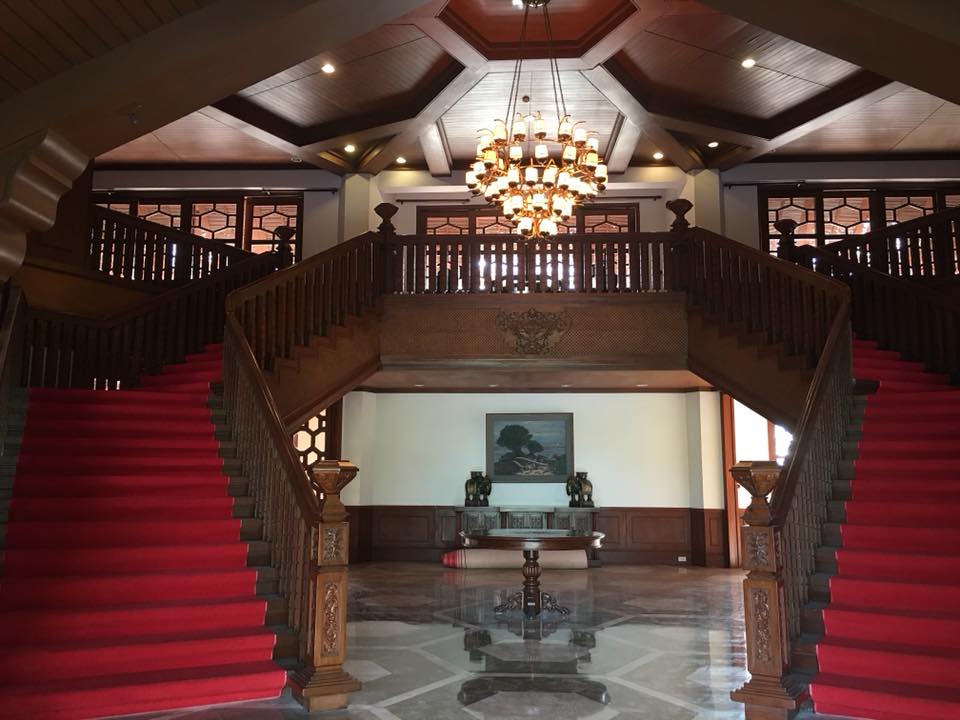 If you would like to see this amazing place, we are sorry to tell you that it’s no longer open to the public for viewing as of 2022, we will be waiting for later updates. The Coconut Palace is located in the Cultural Center of the Philippines on the corner of F. Ma. Guerrero and Vicente Sotto Sts, Manila. You may still drop by and see the exterior of this wonderful architecture. After the day visit, you may also go to Coconut Palace BGC, which is actually named Coconut Club - a chill and fun restaurant at Global City - visit their official facebook page - Coconut Club BGC!

Most Beautiful and Oldest Buildings in Metro Manila